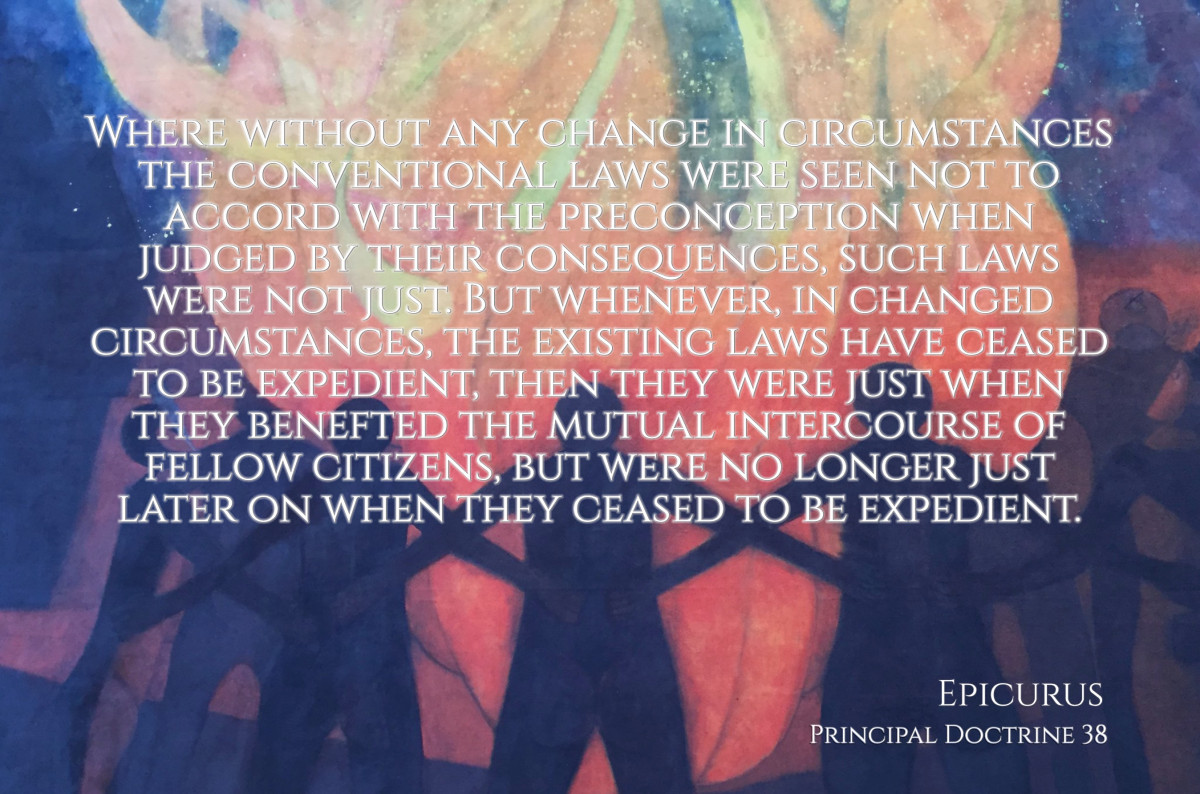 “Where without any change in circumstances the conventional laws were seen not to accord with the preconception when judged by their consequences, such laws were not just. But whenever, in changed circumstances, the existing laws have ceased to be expedient, then they were just when they benefitted the mutual intercourse of fellow citizens, but were no longer just later on when they ceased to be expedient.” (Epicurus, Principal Doctrine 38)