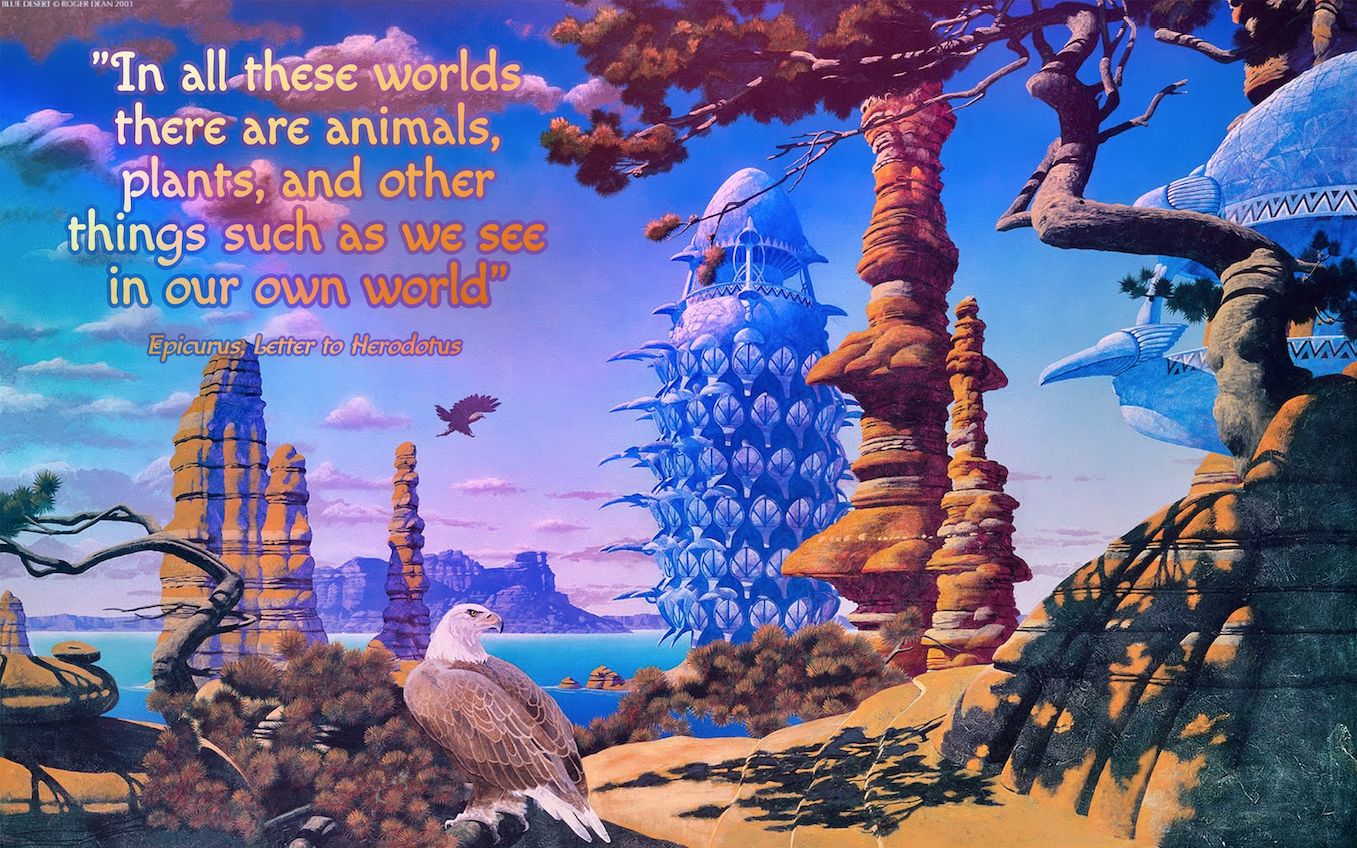 “In addition to the foregoing, we should consider that other worlds–i.e., every finite aggregate that bears a strong resemblance to the phenomena we see–have been generated from the infinite; that all htese systems, whether large or small, disengaged themselves from separate condensations of matter; and that they are all broken down again into their components–some more rapidly, others more slowly, some being acted upon by factors of one sort, others by factors of another sort. Also we should consider that these worlds do not necessarily have a single form [or, on the other hand, every possible form; furthermore, that in all these worlds there are animals, plants, and other things such as we see in our own world]. For nobody can demonstrate that one such world might or might not have contained the kind of seminal particles of which animals, plants, and everything else we see are composed, but that in another such world this would have been an impossibility.” (Letter To Herodotus; translated by G. K. Strodach)