Details of the Epicurean Criticism of Socrates for his character and method of teaching. 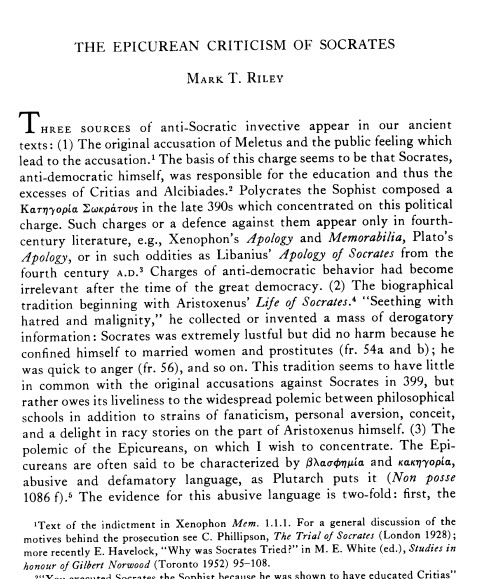