The EpicureanFriends Files section is where we store longer documents created offsite which are of special interest to our readers. You can use the "Categories" box on the right to find specific sections of the library. 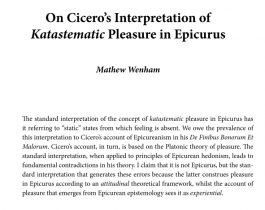