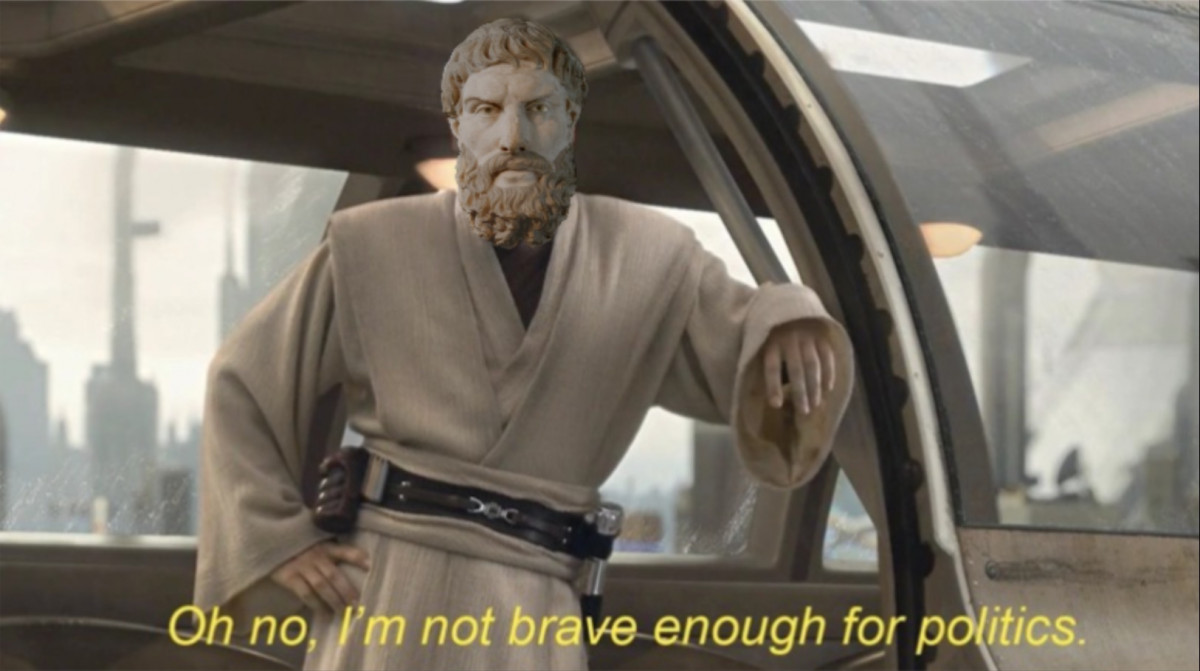 Obi-Wan Kenobi – who is among the bravest Jedi Knights in the galaxy – quips that even he is not "brave" enough to engage in a political debate. Herein, he employs the word "brave" as an ironic euphemism to hide what he is really suggesting, that only a fool willfully engages in politics. Indeed, the Jedi Order is later destroyed by false politicians with whom the Order formed an alliance. Indeed, Obi-Wan is one of only several Jedi Knights to survive the Jedi Purge of the Empire.

Like Obi-Wan, Epicurus is not foolish enough to render his happiness dependent upon the success of a political career. Like Obi-Wan, Epicurus recommended that we "live unknown", albeit within the pleasant Garden in Athens, or even in a humble abode near the Dune Sea on the desert planet of Tatooine.