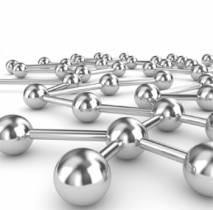 We often confuse the issue of the possibility of free will exercising with the issue of its existence. When we are unable to exercise it we say with sloppiness that it does not exist. This "I want but I can’t or I don’t want but I am forced" puts into testing our individual self-esteem. But any coercion and enforcement exists precisely because there is free will and some of the people have the power to exercise it, usually at the expense of the others.

We have extreme and abominable examples of enforcement in the history of human. Let's talk about these in just a few words: Genocides, displacements, concentration camps, colonialism, slave-trade. All the slavery regulating rules from antiquity to the present day deal with wills of both master and slave.

Things become complicated when the original cause is in need, where Democritus placed it: "money is not made in vain, but always and for reason and by necessity." He uses "and" twice so that the need is defined as cause, which is a very heavy thing by general acceptance. The Greeks also had it to comply with the gods: "Even gods are persuaded by need."

We can’t stand against the need. It is imposed on desire even by force. The need, as a philosophical term, is something dark. As a natural term it is accepted also by Epicurus as it sets in absolute priority those of our natural desires that are necessary for our good health, for bliss, for our own life. Of course he also accepts the cause, "nothing is done from nothing". However, that "everything under need" scares him and disputes it.

Mainly when the stoics link the need to the fate describing it as "flow of causes", an uninterrupted sequence of causes necessarily leading from one to the other, through, according to them, the constructive feasibility of nature for inevitable sharing -because this means fate- sharing of what belongs to everyone.

Epicurus himself does not respond to the stoics but to Democritus and he points to him that the way he lived and philosophized does not agree with this of his conclusion. Although he highlighted the true nature of things, he abandoned them prisoned by determinism, "the theory of mechanical determinism that stands for an unproved mathematical imagination", as Eric Anderson writes.

If we take a simple look at the relationship between cause and effect, the chain breaks. Insects cause pollination, but they only aim at their feeding. The desert is caused by the lack of water, however, it results from several causes not aimed at the desert.

Epicurus views human being as a free creature, as the word describes: to go where he loves (ελεύθω και ερώ that means “freedom” in greek) with the freedom to spill naturally from within. Of course we are not all-powerful, but we are capable to do our desire if we want it. According to Epicurus, freedom is not a wish, it is the reality and he philosophizes in a way to prove it.

THE NATURE OF THINGS - SWERVE

Where is this spontaneous freedom, then? The original cause of those who exist is the atoms who move incessantly in the void. Democritus leaves atoms, as he does not recognize other attribute to them than shape and size, to be driven by blows of need. Epicurus adds weight to atoms. Their movement due to their weight would be made on parallel tracks if at times and indefinitely they did not deviate from their course, so the worlds are formed by their collision and union. This deviation happens accidentally, automatically (αυτόματα from verb μάω, μάομαι, which means I desire, I want too much), spontaneously, that is to say, with their own will as a cause.

This world and all the organisms are made up by these atoms, therefore every human being as well. The swerve in the movement of atoms constitutes the bridge of physics with the ethical philosophy of Epicurus.

Lucretius gives it poetically to us: "If all movements are connected, if every new movement is born by an earlier one, according to a certain order, and if people do not swerve and break destiny’s laws, preventing one cause from succeeding another to infinity, then where this freedom of creatures on earth comes from? From where, I ask, the will which is distracted of the fate comes out, which thanks to it we go everywhere, where the will leads us and we swerve, and we also turn to where our minds go, in times and places undefined?"

The atoms while swerving form the first accumulations, the molecules and someday the organisms, and a complex molecule within the chaotic becoming will be a copywriter of his own and will aim to survive, multiply and thrive, while mutating into endless varieties of options by serving spontaneously the thriving of his life. Within this need of life’s thriving, infinite free wills sail together and test each other.

So always in the nature of things, they go together embraced: need, chance and free will. And in people’s things, some become necessarily and prudence -the top virtue in epicurean philosophy- allows us to manage them, but others become by chance and prudence block the way to those that would hurt us, and others become with our own agency, for which, furthermore, we have also the responsibility to accept the condemnation or the praise.

Therefore, always according to the epicurean philosophy, there is no mechanical determinism but causal contingency.

Will means desire and intention and in this sense leads to action, but its original source may be a simple desire. The will of every human being is free and it does not matter if does not defeat, it is not imposed on things, and sometimes a deserted desire is left. It always manifests itself in every weighting of the circumstances to interpret them at the moment and to do the same or something different every time.

Let's come to today and here and now. To realize how important matter free will is, let’s address to ourselves the relentless question:

I, in my personal life, live and decide with the admission that I have free will, or not? Whatever my answer is, if I suppose I would have the opposite assumption, would my life be the same?

Let me ask myself a second question: Does society, which embodies in its culture the acceptance that there is free will, has the same evolution as the society that adopts exactly the opposite?

In spite of the defense and application of basic human rights, power models - of course by exercising free will- continue to direct their power to the limitation of exercise by many. Political totalitarianisms but also liberal -in quotes- practices control information and political decisions, fondle the religion, guide the education, drive the markets, adapt our consumer habits.

The scientific authority is also being employed, as our engineering culture should have scientific validation. Power continually renews its alliances and finds helpers in all circles of professionals.

I will bring the example of a professor of psychology and medical sciences, who argues that what we call soul is in fact our nervous system –it’s right so far– so everything is located and comes from the brain, and as the brain makes all decisions , "...if we think that we have free will, we are wrong."

In the reasonable question of whether this particular brain belongs to us, he answers "no, our brain belongs -literally the decisions it takes- to our previously carved genes and to the conditions of our environment. Our conscience, he continues, "is molded on them and our decisions are actually execution at the time of typed orders by a guided and subdued brain."

They fund researches to prove that processes take place in the brain that end up to become with time delay of a fraction of a moment, to get used to the idea: "my brain is another thing and myself is another thing". Thus, a new specific duality, uniquely material this time, emerges with scientific validation.

But with what will all these take place? Is there an elite who has free will and everyone else does not? In essence, of course they attempt to scientifically validate the inability to exercise free will, not its existence.

From such a world we, the epicureans, instantly and sarcastically, would escape. "The need is bad, but we do not need to live under necessity." It won’t be a world for us this.

A world that fits into uncharacteristic machines. They are unspecified because it makes no sense for anyone to characterize them, because they know to do only one thing: what it is ordered to them. Now, as we are informed, they feed them with the command to be self-ordered. Possibly also the command to invent some new unknown code. Interesting experimentation for human. We no longer have anything to advise our children except to remove the battery.

But of course it is not as such the world. And we work to defend the real world and to highlight it. The world which is based on the scientific way of thinking that is identical to the epicurean. We need science that does not work for itself or for the market, but for the benefit and prosperity of human.

From antiquity and in all eras, except for the medieval night that seems to persist, the wise men have found the defense of human and nature of things in epicurean philosophy.

Dimitris Liarmakopoulos - member of the friends of Epicurean Philosophy - Garden of Thessaloniki.

The above article in greek language :