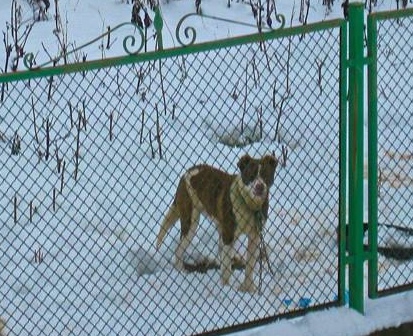 A Neighbor And His Dog

I have a story to tell you about a neighbor and his dog, but first I would like to share with you some thoughts on Epicurean Doctrine 40: “As many as possess the power to procure complete security from their neighbors, these also live most pleasantly with one another, since they have the most certain pledge of guarantee, and after they have enjoyed the fullest intimacy, they do not lament the previous departure of a dead friend, as though he were to be pitied”.

The last ten of Epicurus’ 40 Doctrines end on a very important topic: “justice.” Many people ask, however, why this doctrine ends with a death of a friend? Why should we not lament a friend as though he were to be pitied? What did Epicurus mean?

In answering, I would like to connect this doctrine with a statement by Dimitris Liantinis, and perhaps this will help us understand what Epicurus had in mind when he established his Garden as a smaller society within a larger one:

Liantinis said: “Being Hellene (i.e. Human), means that as long as you live, you celebrate with your neighbors the sun and what makes us human. And that you struggle with your companions to tame the land and the sea. And when you are dead, to have your friends gather round to share their memories of you, drinking fine old wine, and singing of you.”

The phrase by Epicurus “to live most pleasantly with one another, and enjoyed the fullest intimacy with one another” Liantinis gives in the form “a mutual celebration in life.” Where Epicurus writes of “the power to procure complete security from your neighbors” Liantinis sees “a mutual struggle with your companions to tame the land and the sea.” Epicurus proposes to us that in order to feel secure from the dangerous events of Nature (the land and the sea) you must first feel secure from your neighbors. As a consequence of these relationships, the conclusion for both Epicurus and Liantinis is: Do not pity a friend when he dies, but celebrate his memory drinking fine old wine and singing of him. A whole life is measured by the experiences in that life, and friendship by a relationship of mutual benefit, and such persons have indeed experienced the goal of pleasurable living.

The experiences in our lives, especially friendship, are the strongest evidence by which we measure our feelings of pleasure and pain. Thus we can understand why people who live apart from one another feel loneliness and depression, and we can understand the deep effects that arise from the kinds of societies we build.

Many years ago a doctor friend of mind related to me a story based on personal experience:

“My friend Elli, he said to me, some years ago I moved into a new neighborhood. The house was nice and comfortable. The natural surroundings were wonderful and lovely. I was sure that my eyes would enjoy the trees changing leaves with colors in accord with the seasons. My ears would enjoy the musical sounds of the small stream next to my home. What else could I ask beyond living in such a neighborhood? But these things he mentioned are not the most interesting aspects. It is shortsighted of us to see only the natural surroundings of a house without caring to examine the people who live nearby. The pleasures of eyes and ears and the perfect images that I had in my mind were quickly replaced with new images that came my way, and feelings of pleasure were quickly replaced with feelings of pain.

What happened to cause me to say that?

Within two months I had observed that in my new neighborhood all the people closed their doors, stayed inside to watch television, and lived like sheep in a corral. They trusted no one and nothing. No one spoke with one another. And what did I find to explain their lack of caring?

I soon learned that in my neighborhood there was a particular man – in fact my next door neighbor. Soon after I had moved into my new house, I had asked him for his telephone number, but he never in return for mine. Imagine, my friend told me, this neighbor had a wife and four children, and I, a doctor, had offered my phone number in case they had a medical emergency. “No,” he refused – he did not want to be obliged to me or have good relations with his neighbors.

What could explain this? I soon observed and learned.

My Neighbor was the first man that I saw with my own eyes torture his own dog. My Neighbor made her sit outside in the sun and snow, without shelter all year long! My Neighbor fed his dog only with occasional pieces of bread! When I chose to give this poor creature a little food, and My Neighbor saw me to do that, he told me that his dog was fine without the food I brought for her. And when I saw all these things, I told him politely that he was torturing this poor creature and must stop, and that he should at least build for her a small dog house to be protected from the weather conditions. I also asked him if it would be all right for me to give to his dog a little food. His reply? My Neighbor stopped speaking with me at all!

The situation with the poor dog continued and continued, and one day I said to him that if the situation did not change someone would call the police, as Greek law is very strict against maltreatment of animals, with fines up to 10,000 Euros. And what did My Neighbor do?!

My Neighbor took his dog somewhere else, and I have never seen the dog since!

What I have seen, however, is that My Neighbor last year celebrated “a religious event of Easter,” and he did not hesitate to slaughter a little sheep in the middle of the street in our neighborhood -- making the blood to flow like a river!

My neighbor is also the man who has a chicken farm in the middle of our neighborhood. One night he started shooting with his gun like a madman to kill a fox that was eating his chickens! Another neighbor who feared the shooting called the police, and the policemen took his gun, but they did not arrest him. Probably he begged for mercy from them with excuses that he had a family with four children, so he was more fortunate than his dog, who could not speak to beg for mercy.

My Neighbor is a man who resisted arrest for himself, but did not mind that he chained his female dog so that every male dog that passed by could mate with her. From the first day I moved into that house the dog was barking all the time screaming for help. For the two years I was there I saw that female dog with two litters of puppies – and what happened to them? My Neighbor left them without food, and all they died with their little bellies swollen from hunger!

At the end of his story my friend asked me – Elli, the church tells me to love My Neighbor as myself. Was that man really My Neighbor? Should I be required to love him and treat him as myself?

With that I return to Epicurus’ 40th Doctrine. What kind of a man tortures his dog and withholds from her all pleasures of even a dog’s life? What kind of man refuses to celebrate with others the joys of life, the sun, and those things that make us human?

Who would struggle along with that man to tame the land and the sea? And when that man dies, who would celebrate his memory drinking fine old wine and singing of him? Or in reverse, whose life would that man celebrate?

As Epicurus said, justice is not the same for all people and all nations. Justice is not a matter of absolutes – just is a matter that arises between real people and real circumstances, all of them different. Epicurus said this plainly in his Doctrine 32: "For all living things which have not been able to make compacts not to harm one another or be harmed, nothing ever is either just or unjust; and likewise too for all tribes of men which have been unable or unwilling to make compacts not to harm or be harmed".

To my friend, and to everyone who reads this little story, I would say the same thing:

The only way we can hope to experience the promises of the 40th Doctrine – that of living life most pleasantly in the fullness of joy with our friends -- is to follow the 39th Doctrine and realize that it is not because someone comes near to us for a moment in time that they become My Neighbor, and deserving of our love and friendship.

Epicurus wisely chose as his last doctrine of the most important for us to remember if we are to live happily – and he tells us to be very careful about the circumstances in which we choose to live, and whom we choose to be Our Neighbors:

"He who desires to live tranquilly without having anything to fear from other men ought to make them his friends. Those whom he cannot make friends he should at least avoid rendering enemies, and if that is not in his power, he should avoid all dealings with them as much as possible, and keep away from them as far as it is in his interest to do so."